Virginia recently passed over 1,200 new bills. These legislations affect several sectors from education to health insurance. Among these new laws are new voting regulations in the state of Virginia.

Virginia’s new voting regulations make it easier for voters to access the ballot box. Virginia had an incredible turnout in the last presidential election with almost 72 percent of eligible voters casting their ballots. However, this also means that 2.5 million Virginia residents did not vote in the last major election.

Voting is a fundamental right, and these new laws strengthen our democracy by making it easier to cast a ballot, not harder. No matter who you are or where you live in Virginia, your voice deserves to be heard. I’m proud to sign these bills into law.

Along with several other members of Virginia’s democratic party, Governor Northam has made efforts to make voting as easy as possible for the people of Virginia. This includes making Election Day a state holiday and fewer restrictions on voter IDs, registration, early voting, and extended voting hours.

An Overview Of Virginia’s 2020 Voting Laws

Many of these new bills will be in effect as of July 1, 2020. The new voting laws allow many voters to have easier access to the voting booths and polls come election day.

This bill allows early voting 45 days prior to an election without an excuse. This means any registered voter can vote by absentee ballot. Previously, Virginia voters were required to provide a reason or excuse from an approved list of reasons they cannot vote on Election Day. Before House Bill 1, to qualify for mail-in voting, voters must be:

Respectively, House Bill 238 and House Bill 239 will also expand absentee voting time to ensure even more access to the polls.

Bill 19 allows voters to access the polls without showing a photo ID. This allows for individuals who are unable or do not have access to valid driver’s licenses. The voter will, however, need another form of identification, which can include:

The identification that the voter must show will need to show proof of either the voter’s, name, face, or address. This allows for more marginalized, poor, and racialized people to access the polls.

This bill makes Election Day an official state holiday. This means all Virginia residents have ample opportunity to access the polls. This holiday will now replace the current Lee-Jackson Day holiday in order to maintain the name number of holidays in a year.

House Bill 235 allows for anyone registering with the Department of Motor Vehicles, either in person or via their website have automatic voter registration. This makes voter registration easier for all voters. 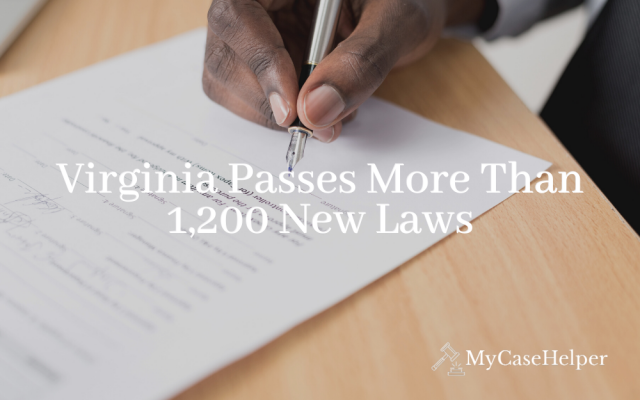 The state of Virginia has just passed more than 1,200 bills and legislations signed by Governor Ralph Northam. Most of these new laws out of Virginia will take effect on July 1, 2020. Other new laws, such...