How to Report Animal Abuse 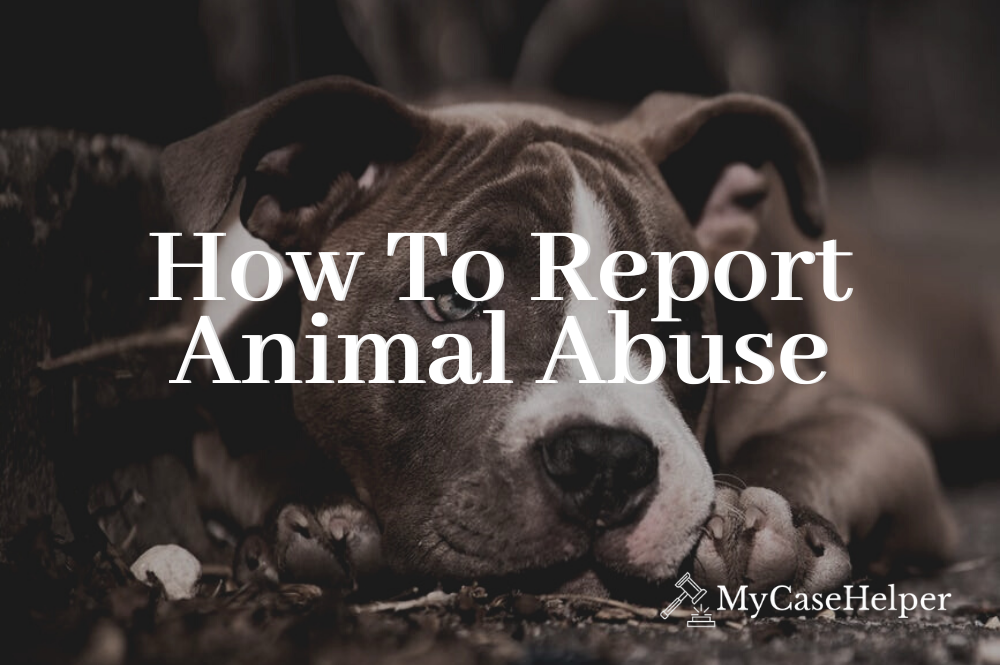 It can be heartbreaking to witness an animal suffer from an owner’s abuse. Although many people would never dream of hitting or even mistreating their pets, it does happen.

In most animal abuse or neglect cases, the problem can be solved through education. The Humane Society of the United States (HSUS) recommends knowing the signs of abuse and neglect.

Witnesses offering help to friends and neighbors mistreating their animals will also make better owners. However, some animal cruelty cases can reveal more sinister behavior in humans. This abuse can range from withholding food, water, shelter, or inadequate care to maliciously torturing and killing an animal.

Our experts share why you should be aware of the signs of animal abuse, and what charges abusers face. This article outlines what the HUSU recommends to both stop and prevent animal abuse.

Research has shown that those who do intentionally hurt animals are more likely to commit other criminal offenses. Psychological, sociological, and criminal studies show violent offenders frequently participating in some form of animal abuse, especially in early childhood.

Depending on the severity of the case, perpetrators can face serious criminal charges, fines and jail time. Some states consider animal abuse a felony charge if the perpetrator has previous cruelty convictions. The HUSU advocates for a felony charge despite the perpetrator’s history. As of right now, most anti-cruelty laws are limited to cases involving certain abuse to animals and pets. If you’re ever unsure about reporting animal abuse, remember that the perpetrator can participate in the abuse again, and can potentially harm others.

Types of Animal Abuse and Convictions

Animal abuse isn’t always beating or physically harming an animal. Most abuse cases are from lack of education or resources.

For instance, elderly pet owners suffering memory loss or mobility issues may have trouble feeding and exercising their companions. Despite holding deep love for their pet, they can neglect them without even knowing it.

The HUSU features programs with education and resources for unintentional abuse. Their website is a great resource to find programs like the community fence-building projects. When you find the solution to the animal neglect problem, educate other owners on how to provide the best care.

Neglect is defined by the failure or lack of basic needs for an animal. Typical cases of neglect include:

Seeing a lack of care can become upsetting for a lot of people. Before you call the police or report the neglect to the Humane Society, try to educate the owner.

More violent forms of abuse like animals trapped in hot cars, should involve law enforcement as soon as possible. Animal abuse can show a pattern of abuse against both animals and humans. With these types of crimes, it’s best to not involve yourself and anonymously report the abuse to police or the Humane Society. Types of intentional abuse include:

These types of crimes indicate more violent behavior, and could result in serious fines and jail time. Although some sentences will entail the abuser or family to participate in counseling and community service, most convicted cases will place a permanent prohibition on owning.

The prohibition ensures no other animals will ever be harmed. Some states allow criminal prosecutors to charge extreme or “torturous” cases of abuse as a felonies. However, most cases will only be charged as a misdemeanor with a small fine.

If you do witness animal abuse, document and record the abuse with dates, times, and details of the incident. Prosecuting animal abusers can be difficult since animals cannot advocate for themselves.

You can anonymously report abuse by filing a report with the human society or calling the non-emergency police line. You can also report incidents to your local animal control or ASPCA. It’s important to report animal abuse and keep track of all incidents, as animal abuse cases are often the hardest to convict.

Animal abuse can be prevented if citizens know the signs of abuse, track incidents, and resolve them early on. Resolving animal abuse cases doesn’t always have to mean a criminal conviction, educate fellow owners or neighbors on how to care for their animals.