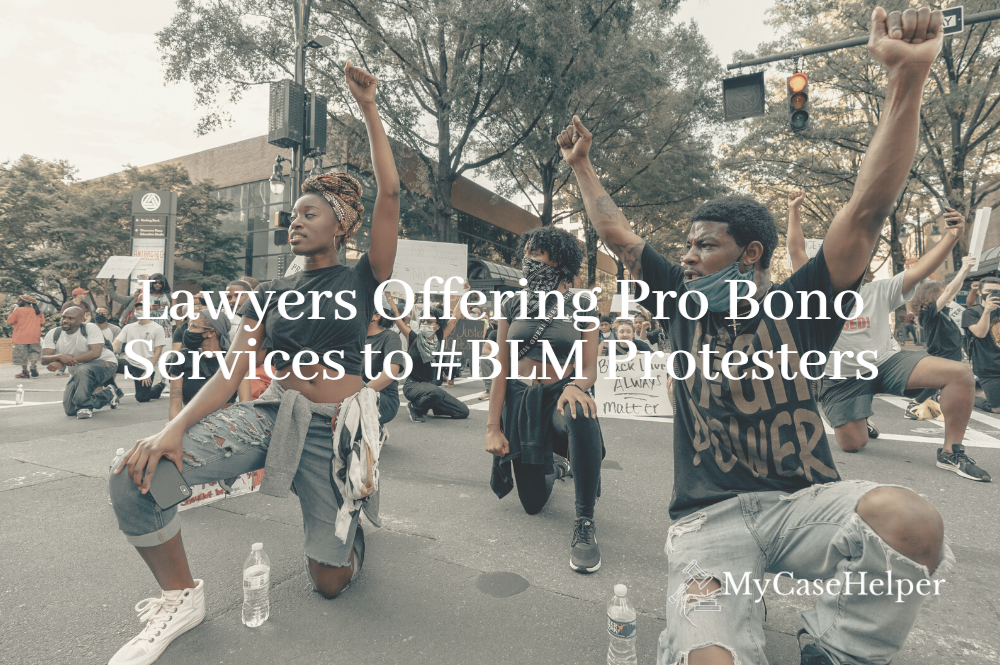 Lawyers are offering free services or pro bono work for protesters arrested during the recent Black Lives Matter Protests. Over 200 lawyers across America have offered their legal services for free to the estimated 9,000 protesters arrested since the demonstrations began.

Many arrested protesters have had their rights violated since the arrests. If you or someone you know has been arrested for participating in the Black Lives Matter protests, please continue reading for a list of lawyers offering pro bono services. To find a lawyer in your area with pro bono services, call 844-934-2387 to speak with a lawyer today.

You may have seen the names George Floyd, Breonna Taylor, Eric Garner, Sandra Bland, or Michael Brown on your timelines. These names belong to only a handful of black citizens who have been brutalized and unjustly murdered by police.

On May 25, Minneapolis police officers killed George Floyd. Public outrage erupted when video evidence surfaced showing one officer kneeling on the neck of George Floyd for 9 minutes. However, larger questions of systemic racism and police corruption surfaced as CNN reports that over 9,000 people have been arrested due to the demonstrations.

Although even peaceful protests do come with risks of being arrested, American citizens have a First Amendment right to speak up in this way. Further online video evidence shows violent behavior from officers, in addition to violations of both Civil and First Amendment rights.

American citizens have a right to peacefully protest, and speak out against their government. Thankfully, legal experts across the country have stepped up to offer their services in support of Black Lives Matter.

What To Do If You’re Arrested

Even peaceful protests can sometimes get out of hand. Protesters must understand that there is a risk of arrest when participating in demonstrations.

If you are under arrest or detained by law enforcement, you have a right to ask why. The officer must read you your Miranda Rights. If neither of these things occur, take note and stay silent no matter what. Do not speak until your lawyer is present.

Before you enter any demonstrations, know your rights. American citizens and residents have the right to:

Police cannot arrest you without “reasonable suspicion” of unlawful activity. If you are arrested, remain calm and do not say anything until you can speak with a lawyer. As soon as you can, right down everything that occurred during the arrest, including information on the officer such as their badge number and patrol car number.

Find Pro Bono Help Near You

Most lawyers are promoting their pro bono services online, either through social media or in local news. If you cannot find representation, simply google “pro bono” along with the name of your city.

My Case Helper works with lawyers across the country who can offer pro bono services. To find a lawyer in your area, call 844-934-2387 to get a free consultation today. 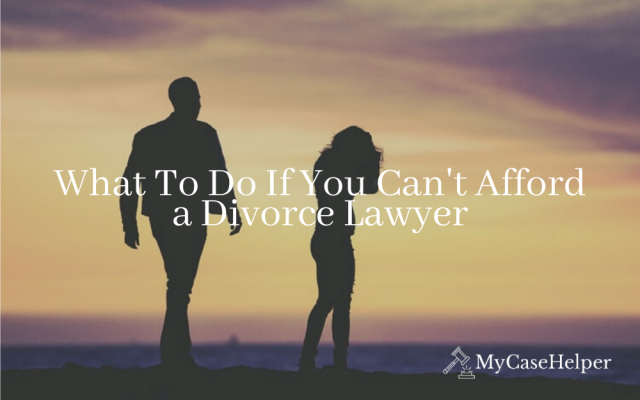 Getting Legal Protection For Your Divorce Divorces are expensive, even when they're completely uncomplicated. Lawyers and court fees add up, especially if your ex is unreasonable. It’s a common problem...

If you're a responsible parent, you're legally entitled to half of your children’s time regardless of how much money you have. But if you can’t afford a lawyer, it's like you’re being punished for your...