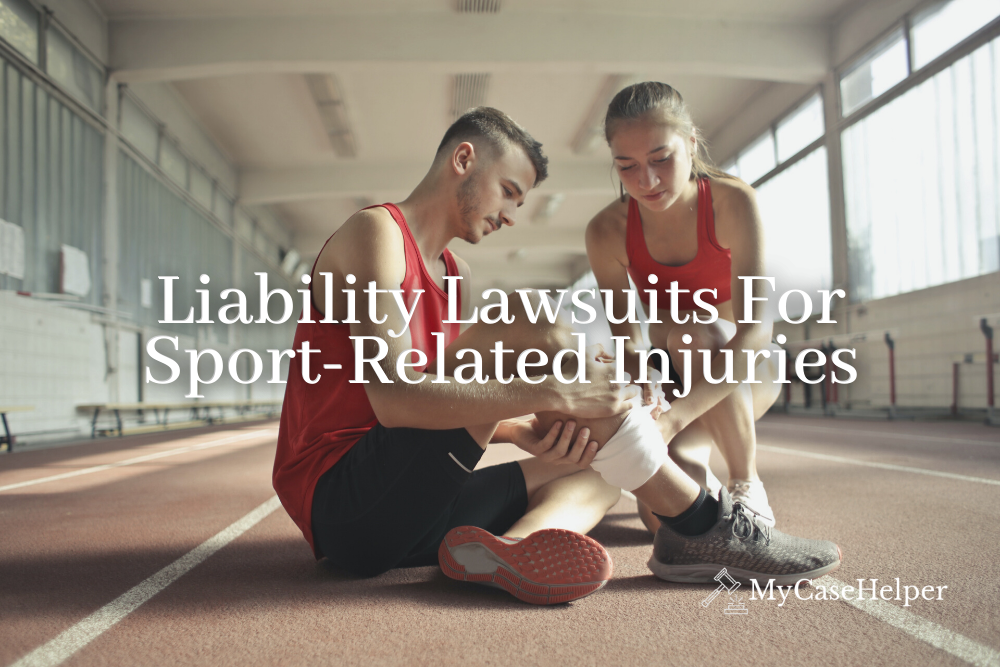 Traumatic brain injuries (TBI) are far too common in sports. More than 4,500 lawsuits from former NFL players have been filed and settled since 2013. Because of these lawsuits, and the open discussion from affected players, more athletes have identified with the same symptoms. Now, athletes are receiving the compensation they deserve from their brain injury lawsuits.

Also Read: Getting A Settlement For Your Traumatic Brain Injury

Common Side-Effects Of TBI and CTE

TBIs are incredibly serious and often have devastating symptoms. Common side-effects of sport-related TBIs include:

Chronic Traumatic Encephalopathy (CTE) is caused by repeated, forceful blows to the head. CTE is a relatively new disease to the medical world with very little research. It can only be diagnosed after death, and there is no treatment or cure. CTE often appears similar to Parkinson’s disease and Alzheimer’s disease. Even young athletes still in their 20’s can experience CTE and experience symptoms of:

Tragically, many athletes with CTE also experience severe depression and other mental illnesses from their pain and suffering. Famously, Aaron Hernandez, the 27-year-old NFL player with one of the worst cases of CTE committed suicide while serving a life sentence for murder.

In sports, there is a “voluntary assumption of risk” associated with many sports. This means that athletes do understand there is a risk involved with almost any sport. However, a traumatic brain injury lawyer would argue against the player’s treatment rather than the risk, itself. In many cases, an athlete suffers from repeated injury and lack of treatment or care.

To prove the negligent party’s liability, the injured party must prove two things:

Parents and athletes alike can now take legal action against the negligent parties who used their position to belittle or ignore these devastating injuries. Some liable parties can include:

Though it’s incredibly rare, other players can be charged or legally pursued. In any competitive sport, players owe a duty of care to other athletes as a show of sportsmanship. This is true even in a hockey fight or UFC match. Athletes still wait to ensure injured athletes are okay, and stop when officials make a call.

Coaches, trainers, officials, and large associations are normally the liable parties in athlete’s traumatic brain injury lawsuits. Because of their expertise, authority, and status, they often use their position of power to manipulate injured athletes. This is especially true for younger athletes who rely heavily on these figures as mentors and leaders.

Every year, athletes with symptoms of traumatic brain injuries are reported. Traumatic brain injuries in young athletes stunt vital developmental growth and can lead to devastating issues with cognitive and mental stability. Take 15-year-old Julian Merlino, who after years of struggling with depression and aggression issues from football concussions, took his life.

How To Get Compensation For A Traumatic Brain Injury

Courts assess all damages during traumatic brain injury cases. Damages due can include:

To find a personal injury lawyer near you, call My Case Helper now.

Also Read: Dealing With A Traumatic Brain Injury At Work 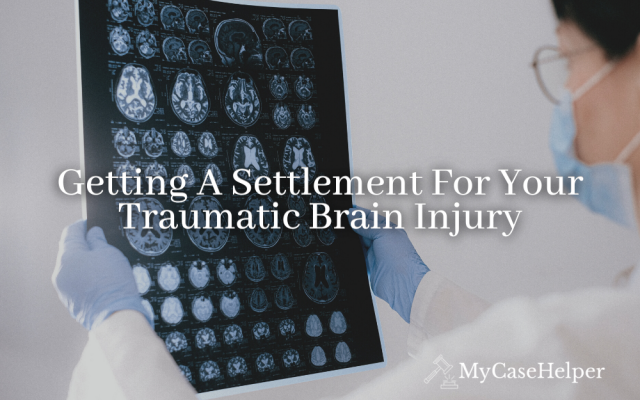 Getting A Settlement For Your Traumatic Brain Injury

Receiving Disability For Your Traumatic Brain Injury Traumatic brain injuries range from mild to severe and can be caused by almost anything: sports, work, a car accident, or even just a bad trip. You...