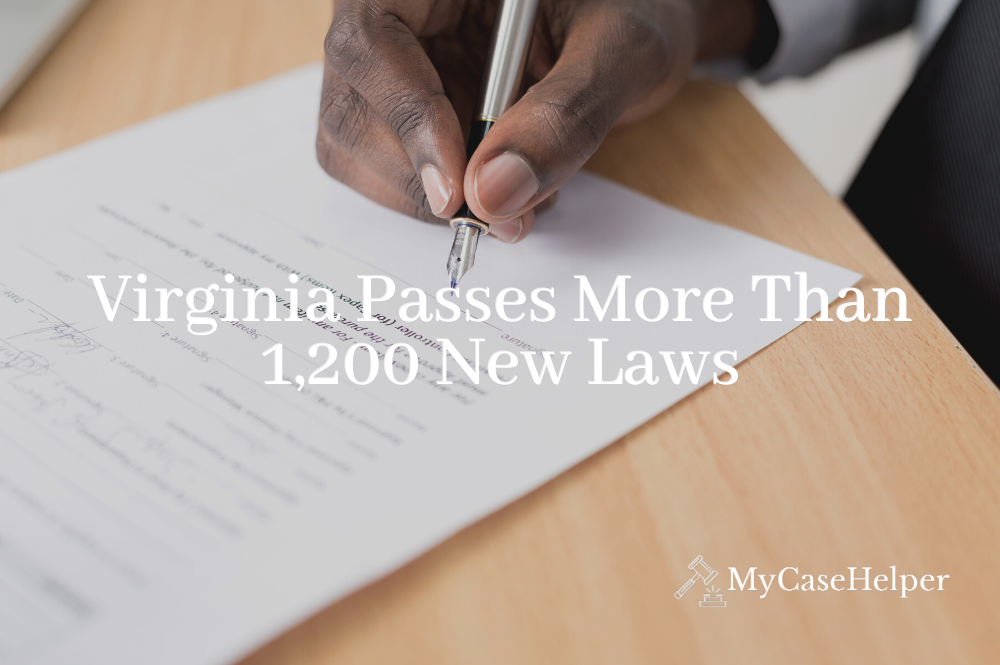 The state of Virginia has just passed more than 1,200 bills and legislations signed by Governor Ralph Northam. Most of these new laws out of Virginia will take effect on July 1, 2020. Other new laws, such as the state-wide minimum wage increase to $9.50 an hour will take effect within the following year in 2021.

In addition to these new laws, Virginia has also passed several other major life-changing laws. Most of these new laws affect almost every single, or a large portion of the Virginia population. These laws include new regulations on:

Although these are only a small portion of the laws currently being passed, these laws will affect a significant portion- if not all citizens in Virginia. New legislation in Virginia has more restrictions on things such as abortions and gun ownership. Other legislations ease restrictions on non-citizen tuition and scholarship qualifications, marijuana, and casinos.

Governor Ralph Northam along with the democratic party of Virginia has passed legislation on some of the following areas. Most of these new laws will pass and be in effect as of July 1, 2020.

A law banning holding a cellphone while driving will go into effect on January 1, 2021.

Virginia drivers won’t have their licenses suspended for any unpaid fines and court fees. Virginia’s Department of Motor Vehicles requires all suspended, revoked, or disqualified licenses in Virginia or another state to comply with both Virginia and other state’s requirements to reinstate a driver’s license. This means that more Virginia drivers will have access to their license if they cannot afford the expensive fines and fees they’re still paying off.

School principals will no longer need to report misdemeanors committed by minors on school property to the police. This new law allows for children, specifically children of color, to be protected by allowing parents to intervene before authorities.

School districts must also create new protocols to handle lunch debt collections. This new law was created in order to prevent lunch shaming, or forcing children to wear wristbands or other signifiers that indicate this.

Health insurers will also have a new cap on how much they charge for insulin a month. People in the US can pay upwards of $450 a month for their insulin, but the new Virginia law states insurers can only charge upwards of $50 a month.

The 1964 national Civil Rights Act does not include sexuality or gender orientation in the legislation. Thankfully, Virginia must now follow a Supreme Court ruling which protects any lesbian, gay and transgender indivduals from employment discrimination. Virginia has also added gender identity to the new protected class.

This means it’s illegal to discriminate against any queer person in a housing, employment, or public accommodation. In addition to these new changes, minors can no longer be enrolled in conversion therapy.

With the upcoming primaries and upcoming election, many have voiced concerns over voter suppression and regulations. As of July 1, 2020. Election Day will be recognized as a state holiday, making it easier for voters to cast their ballots.

The largest change in legislation permits citizens to vote without showing their photo ID at the polls, but must show another document with a name and address. Voters will also no longer have to state an excuse for any absentee voting.

Virginia recently passed over 1,200 new bills. These legislations affect several sectors from education to health insurance. Among these new laws are new voting regulations in the state of Virginia....