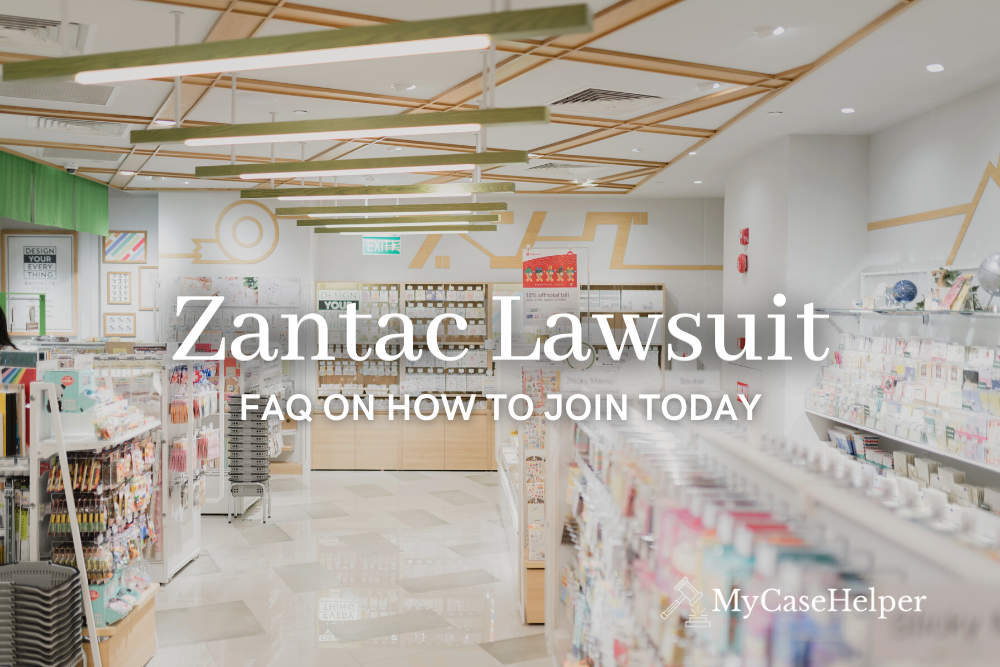 In September 2019, the FDA released a statement warning consumers that the popular drug Zantac is carcinogenic. Zantac, or ranitidine, is a common treatment for heartburn available in both prescription and over-the-counter formulas. Upon investigation, the FDA discovered that Zantac contains the cancer-causing ingredient, N-nitrosodimethylamine (NDMA). If you or a loved one have suffered from using this drug, you can join the Zantac lawsuit.

Call MyCaseHelper to speak with a personal injury lawyer near you. You can receive compensation for your injuries by joining the active Zantac lawsuit. We are ready to accept your call at 1(866)533-1698. Talk to a lawyer about everything you need to know to join the Zantac lawsuit today.

Zantac is a wildly popular solution to heartburn for many Americans. It comes in both prescription and over-the-counter formulas. Zantac contains N-nitrosodimethylamine (NDMA), a potent hepatotoxin. Even a small amount of exposure to NDMA can cause kidney and liver damage, such as fibrosis and scarring. Long-term use of Zantac increases the risk of liver, kidney, and lung tumors.

There are no reports on the exact cause of the NDMA contamination. Research shows that when raticide (Zantac) comes in contact with water, it creates a chemical reaction that forms NDMA. Overexposure to NDMA can cause headaches, fever, nausea, jaundice, cramping, and functioning issues with several major organs.

Zantac users have had adverse reactions ranging from mild to severe, including:

In small doses, NDMA is perfectly safe to use, despite is being carcinogenic. However, the FDA’s acceptable daily intake of NDMA is only 96 nanograms. This is 96 billionths of a gram, so it’s should be nearly untraceable.

In April 2020, the FDA announced that all Zantac heartburn medicines be immediately pulled from the shelves. All Zantac-branded over-the-counter and prescription drugs were then pulled due to the risk of NDMA contamination.

New FDA testing and evaluation prompted by information from third-party laboratories confirmed that NDMA levels increase in ranitidine even under normal storage conditions, and NDMA has been found to increase significantly in samples stored at higher temperatures, including temperatures the product may be exposed to during distribution and handling by consumers. The testing also showed that the older a ranitidine product is, or the longer the length of time since it was manufactured, the greater the level of NDMA. These conditions may raise the level of NDMA in the ranitidine product above the acceptable daily intake limit.

Due to the COVID-19 pandemic, the FDA does not recommend users return their Zantac prescriptions. To safely remove your unused prescription, follow the FDA’s recommended steps here. If you want to be reimbursed for your purchase call MyCaseHelper to find a lawyer near you.

Despite Boerhinger Ingelheim and Sanofi, the laboratory producers of Zantac, knowing the amount of NDMA in ranitidine, they deliberately chose not to tell consumers or the government.

In 2019, the first Zantac lawsuit was filed in California. The plaintiffs accused Sanofi and Boerhringer Ingelheim of manufacturing, marketing, and selling a product they knew was contaminated. They also argued that they should have known that the contamination would lead to a chemical complex that causes cancer.

If you took Zantac and have been diagnosed with cancer, My Case Helper can find you a lawyer to join others in a Zantac lawsuit. You will receive compensation for your past and future:

To find a personal injury lawyer near you and to join thousands of other victims fighting against the negligent distributors of Zantac, call My Case Helper and join a Zantac lawsuit today. 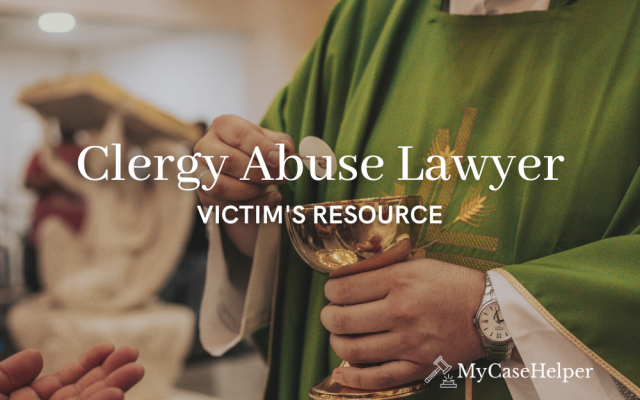 For decades, the Catholic church deliberately covered up clergy sex abuse. More than 300 clergy members have already been brought to justice. More importantly, thousands of victims have received...